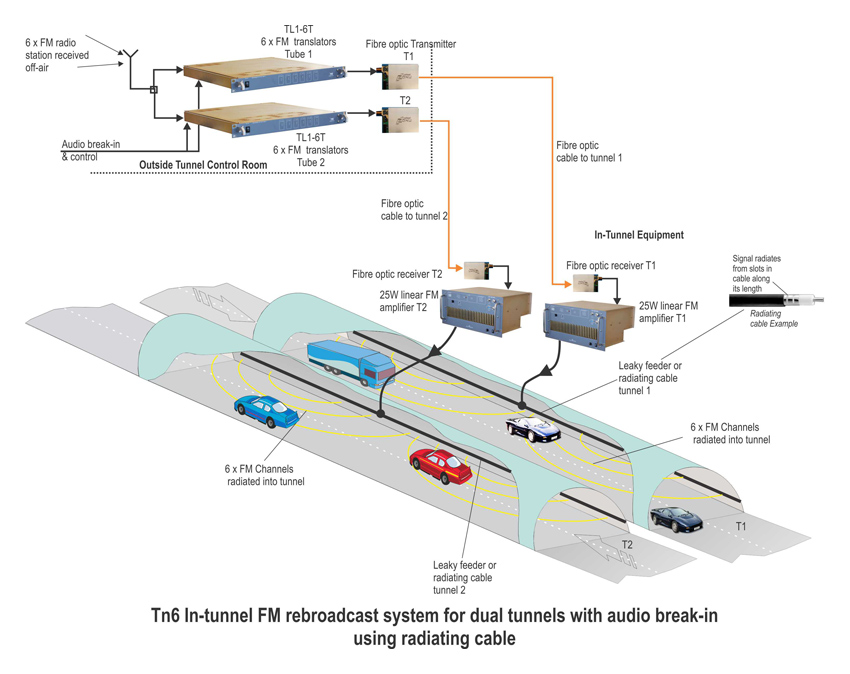 The BSE Road Tunnel Re-broadcast system, Tn6, is based on the TL1-6T, 6 channel on-frequency FM translator in a 1U 19” rack module, with audio break-in facility and a 100W linear amplifier, with various low power splitters and combiners to make up a complete system dependent on the number of channels to re-broadcast and the number and length of the Road Tunnel ‘tubes’ through which the FM channels must be re-broadcast.

The systems have typically been installed in various Road tunnel sin Australia and New Zealand, such as the Waterview tunnel in Auckland, Victoria hill tunnel in Wellington, Airport link tunnel in Brisbane to name a few.