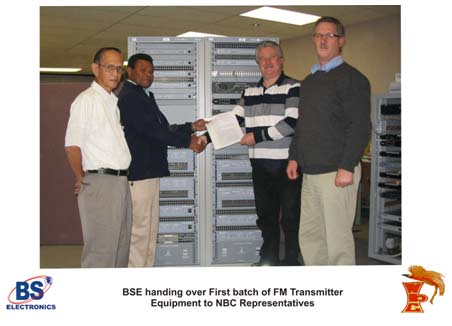 The Equipment will be installed by local engineers who visited BSE in Cape Town for Training in September 2009.

At many of the sites NBC will broadcast FM radio for the Kundu and Karai FM Stations, the signals being distributed by Satellite feed from Port Moresby. Most stations have included combiner equipment for integrating a third Program, TRIBE, on each site at a later date. This project has been in the planning for the past three years and its implementation will bring the Voice of PNG to most parts of the expansive country.